I am on a journey.

The center of my world is a few miles south of Chicago.

If any flickerites want to do some shooting in Chicago drop me a line!

You can reach me at viewminder@yahoo.com

I'm always looking for someone to go to where the beautiful images are.

I shoot all Nikon.

IF YOU HAVE A SAILBOAT IN CHICAGO OR HEADED TO CHICAGO AND YOU NEED SOME CREW THIS SPRING OR SUMMER PLEASE LET ME KNOW. 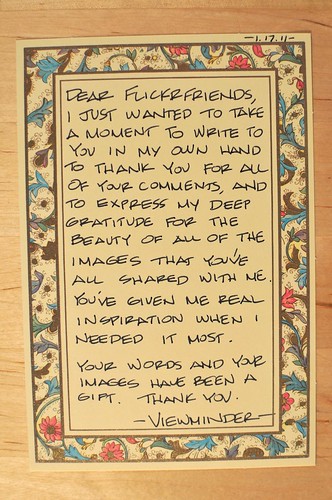 Note: 'Viewminder' is a ficttional character and the registered trademark of Luminous Flying Helgramite Industries along with the terms 'Chicago-Love' 'OVG' and the concept of the 'Optional Vertical Grip' as a superpower weapon. Nothing written on this photostream should be taken literally as real or fact, or even seriously, no admission should be taken as such, everything written is imaginary and a figment with no basis in reality whatsoever. It does not constitute my opinion or reality, implied or expressed. 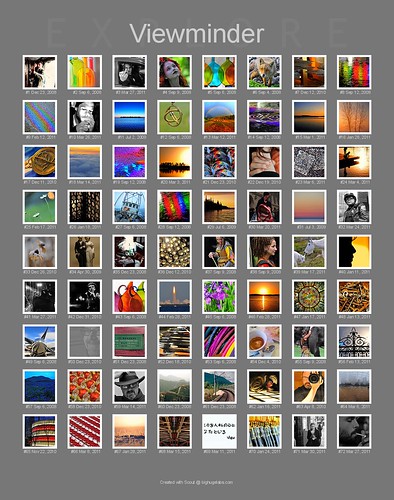 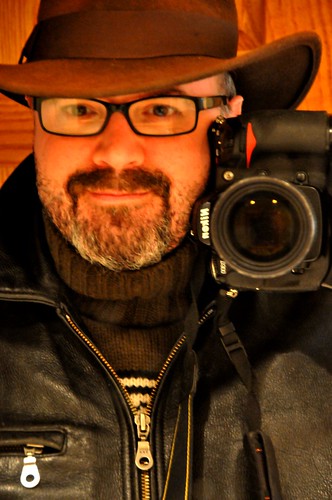 My passion : Faces On The Street

“Date a guy who shoots street. Date a guy who spends his money on lenses instead of clothes. He has problems with closet space because he has too many lenses and he always insists on saving the boxes they came in. Date a guy who has five cameras, who has had a a thirty five millimeter since he was twelve.

Find a guy who takes pictures. You’ll know that he does because he will always be carrying a camera. He’s the one lovingly looking over the cases in the camerastore, the one who quietly cries out when he finds the out of production lens he wants. You see the weird dude sniffing the lenses in a second hand camera shop? That’s the photographer. They can never resist playing with the lenses, especially when they are vintage Ziess.

He’s the guy monkey-thumbing through the days images on his camera while waiting in that coffee shop down the street. If you take a peek at his mug, the non-dairy creamer is floating on top because he’s kind of engrossed already. Lost in a world of pixelated images. Sit down. He might give you a smile, as most guys who take street pictures love to be interrupted by beautiful women. Ask him if he got any good closeups.

Buy him another cup of coffee.

If he’s a professional photographer he probably can’t afford it.

Let him know what you really think of Cartier-Bresson . See if he digs Capra. Understand that if he says he understands what Helen Levitt meant when she said “Since I’m inarticulate, I express myself with images” he’s just saying that to sound intelligent. Ask him if he loves the work of Garry Winogrand or he would like to be Garry Winogrand.

It’s easy to date a guy who takes pictures. Give him photo opportunities for his birthday, for Christmas and for anniversaries. Give him the gift of images, in books, in your actions, in song. Give him Elliott Erwitt, Alfred Eisenstaedt, Lee Friedlander. Let him know that you understand that his images are love. Understand that he knows the difference between images and reality but by god, he’s going to try to make his life a little like his favorite image. It will never be your fault if he does.

He has to give it a shot somehow.

Lie to him. If he understands imagery, he will understand your need to lie or to ocassionally photoshop your self-portraits. Behind the images are other things: motivation, value, nuance, dialogue. It will not be the end of the world.

Fail him. Because a guy who takes lots of pictures that don’t come out knows that failure always leads up to the climax. Because guys who shoot street understand that all things will come to end. That you can always try to shoot another image. That you can begin again and again and still be the hero. That life is meant to have a villain or two… like bad light or dirty lenses.

Why be frightened of everything that you are not? Guys who take pictures understand that people, like characters, or film, develop.

If you find a guy who shoots street, keep him close. When you find him up at 2 AM pouring over the nights shots, beating his chest and weeping about the ones that didn’t come out, make him a cup of tea and hold him. You may lose him for a couple of hours when he hits the streets on Friday nights but he will always come back to you. He’ll talk as if the relationships in his images are real, because for a while, they always are.

He will propose on a hot air balloon. While he is taking pictures. Over wine country. Or during a rock concert when he is trying to get the perfect angle or exposure. Or very casually next time he’s sick. Over Skype. Because he went off to London to shoot. After calling in sick to work.

You will smile so hard you will wonder why your heart hasn’t burst and bled out all over your chest yet. You will write the story of your lives in images, have kids with strange names and even stranger tastes and take millions of pictures of them that you will never print. He will introduce your children to the Nikon and studio lighting, maybe in the same day. You will walk the winters of your old age together listening to the sound of his shutter and he will recite Robert Capra’s quotes under his breath while you shake the snow off your boots.

Date a guy who loves shooting street because you deserve it. You deserve a guy who can give you the most colorful life imaginable… even if he prefers to shoot in black and white. If you can only give him monotony, and stale hours and half-baked proposals, then you’re better off alone. If you want the world and the worlds beyond it, date a guy who shoots people on the street.” ~ Viewminder

Viewminder brings more than just good photography to the table. He combines his art with creativity and life.

A Chicagoan whose passionate photographic mission for posterity is to show how the meaning of cities is written on the faces of their inhabitants. Viewminder wields his Nikon with love and humanity to celebrate the beating urban heart of his hometown.

Viewminder is one of the most charismatic photographers I've had the pleasure of shooting alongside.