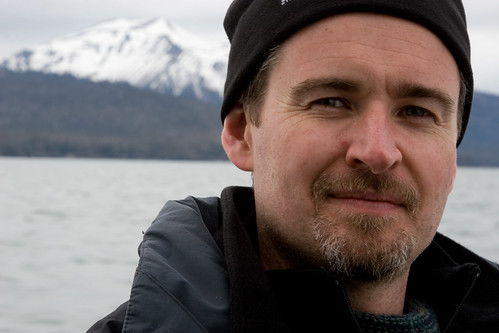 Please note: By putting a photograph on flickr.com, that does simply not mean that the photograph can be used for free. None of my photographs can be or should be used without my permission - and please don't assume I'm giving them away for free as "user-generated content" - newspeak for "we're not paying for it". That said, I'm very contactable,friendly and accomodating, so please contact me to discuss any licensing queries you might have, and I'll see what we can do!

A photographer, writer and polar communicator from Wexford, in southeast Ireland, I make images that question humanity’s relationship with planet Earth, and our profligate use of energy and resources.

In September-October 2012, a solo exhibition of my polar photography, The Cold Edge, took place in Dublin, Ireland.

Growing up, I felt strongly connected to the natural world and the marine environment that surrounded in me rural Ireland. The turning of the seasons, at what time was high tide on the River Slaney. When many boys my age were wetting themselves over Star Wars, I was out fishing on the river - with my dog, in a boat, or riding my bike around the backroads. These experiences fueled a passionate interest in human interactions with the Earth. I've travelled the world, and sailed on Greenpeace expeditions to the Arctic and Antarctic, where I've seen both the aurora borealis and australis. I've crossed the equator twice by ocean, been up close with polar bears, humpback whales and tasmanian devils, camped under the Arctic winter moon and sweated on the northern hemisphere's largest glacier under the 3am Arctic sun. But I don't live some glittery paradise - I live in Barcelona, which has its own incredible light and magic.

Back in this so-called 'civilization', I photograph the dirty magic of daily street life, urban wildlife, the rubbish on the streets, the insane traffic. This for me, is the behaviour of one of the most powerful animals on the planet. Humans sitting steadfast in their cars, in rush-hour traffic - this is as interest to me, as the migration patterns of birds, or the melting of Arctic sea ice. Everything is connected.

Check out this feature on my polar photography in The Guardian

My photographs have been used by National Geographic, GEO (France), Discovery News The Financial Times, The Straits Times (Singapore) Nature, the HBO comedy series Flight of the Conchords, The Guardian, Greenpeace International, New Scientist, The Smithsonian, Sierra magazine, BBC Wildlife magazine, the Irish Labour party, British Airways, I Count - Stop Climate Chaos, The UK's National Theatre, The Clare People (Ireland), Conde Naste Traveller, Forbes, Fortean Times and many others, including book publishers. Several of Dave's images have appeared on book covers. He also has written for several newspapers and magazines, including The Irish Times and Mare magazine (Germany), and is the author of three books, Haunted Dublin, A Load of Blather, and The Cold Edge, a book of polar photography.

The Copper House Gallery, Dublin represent me for prints, and Millennium Images, represent the licencing of many of my photographs.

Shortlisted for Extreme Environment Photographic Competition 2011, Hobart, Tasmania: Ribbed Iceberg, Kangerdlussuaq Fjord, East Greenland. More on this in the blog entry. Shortlisted images were exhibited in the Tasmanian Museum and Art Gallery, May 2011.

MobFORMAT 2011, International Photography Festival, Derby, UK, photograph of "Men Stepping out of a Forest" in Barentsburg.

Environmental Photographer of the Year 2009, toured through UK and Ireland in 2009/2010

Stand up for Photojournalism, National Union of Journalists (touring) 2009, UK

you are so talented!! i love all your photography! and i am lucky to know of your work!

Just been surfing through your photostream once again. Outstanding!. You could totally make a living out of your photography. Especially love your wildlife pix. Keep it up! xx

Respect. Your work is not only amazing but also very important.

Dave Walsh's photos are amazing. One of the highlights of my week is finding which one I will use as my desktop background. It literally brightens up my computer. The angles and colors he gets are breathtaking and incredible, yet his work has a humbleness that speaks to capturing true beauty and not enhancing it. My … Read more

Dave Walsh's photos are amazing. One of the highlights of my week is finding which one I will use as my desktop background. It literally brightens up my computer. The angles and colors he gets are breathtaking and incredible, yet his work has a humbleness that speaks to capturing true beauty and not enhancing it. My favorite so far has been "Amsterdam Light and Water". Great work Dave!