hilarious laugh [deleted] 8:19pm, 12 May 2009
WACC is pleased to announce that its sixth photographic competition, run again this year on Flickr, has been judged. More than 950 photographers from all over the world registered to participate, and there were more than 1700 photographs entered to the competition.

The volume and quality of this year's entries show that this year’s theme of Portraying Gender is an area of interest for photographers across the world.

WACC congratulates all the entrants and thanks them for their submissions.

After much deliberation a final list of winners was announced by the jury: 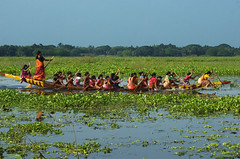 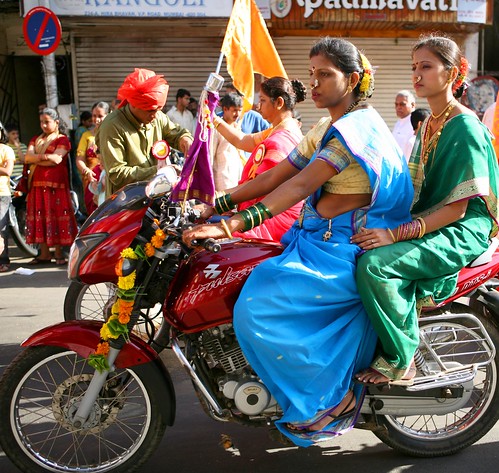 Leading the way! by jyotikajain: Maharashtrian Women dressed in traditional navari sarees lead the Gudi Padva Celebration Rally by riding motor bikes. Gudi Padva is celebrated as New Year’s Day in the state of Maharashtra, India the women believe that it’s no more a man’s world and are equally capable of leading the way. Riding these motor bikes is their way of challenging a regressive social set up. 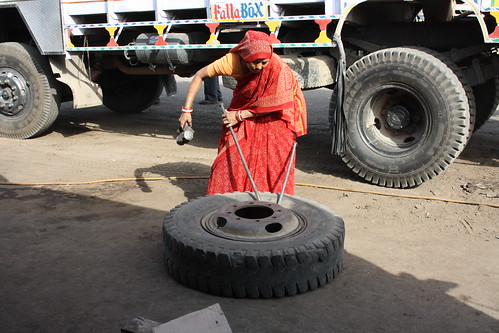 Untitled photo by Centre for Human Progress: Sanjay Gandhi Transport Nagar (SGTN), spread over an area of 77-plus acres, is the largest trucking halt point in Asia. Over 70,000 trucks are parked at SGTN at any given point in time and an average of 20,000 trucks drive into and out of SGTN everyday. Truck drivers coming to SGTN are from all over India but a large majority of them come from Delhi, Gujarat, Haryana, Punjab, Rajasthan and Himachal Pradesh. Not surprisingly, SGTN is largely a male dominated environment. One finds transshipment, transport and workshop centers, hundreds of booking agents, body-building and repair workshops, and thousands of mechanics, welders, labor contractors, insurance agents, paint and spare part shops as well as dhabas, (road side eateries), tea stalls and phone booths throughout SGTN, which are largely run by men. It is a rare sight to see a female mechanic anywhere, leave alone in a male dominated trucking halt point! Shanti Devi has been running her own mechanic workshop at SGTN for the last 15 years! 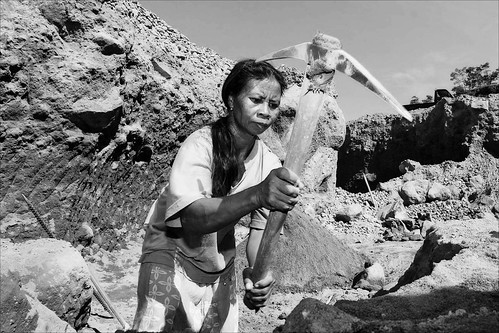 Women gold miner in Chocó, Colombia, by Jan Sochor: The gold pan filled with goldbearing mud and rocks weighs about ten-fifteen kilograms. Goldminers carry it to the water pool to get washed. It can be washed in ten minutes approximately. [Tadó, Chocó, Colombia] © www.jansochor.com 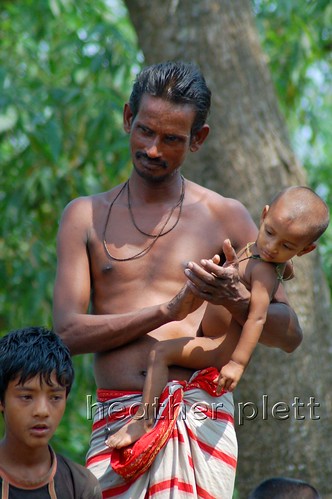 Father and child by Heather Plett.
jreneeworks 12 years ago
When will the next contest be?