Instruction #18 - An Interview with Skyid Wang

3_three_3 1:56pm, 3 November 2016
Skyid Wang, originally from China, living in Vancouver, Canada, has quickly become a rising star in the street photography community with his careful compositions and wonderful use of light.

Also becoming a member of the Full Frontal Flash Collective, a collective of international street photographers dedicated to the use of flash photography. 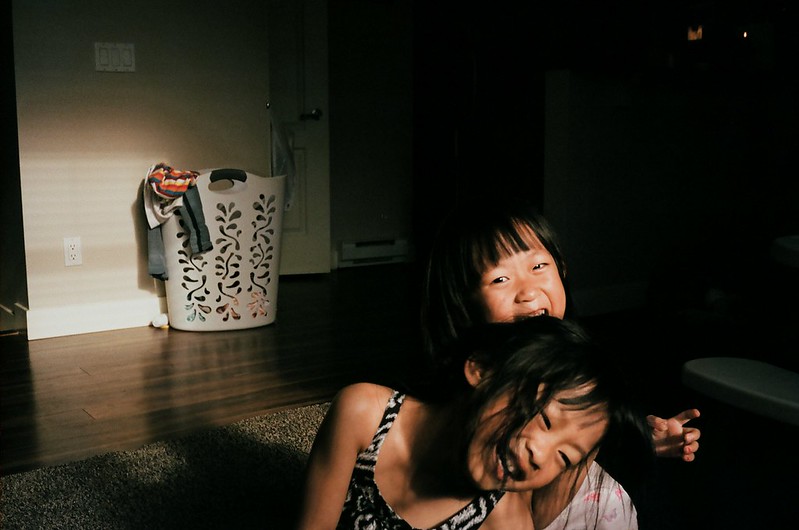 I’m so pleased you agreed to give an instruction for Street & Repeat.

I read that you’re originally from China, living in Vancouver, British Columbia presently. Tell us a bit about yourself.


Hello Siri! I am honoured to have this opportunity from Street & Repeat!

Yes, I was born and raised in China, originally from Yunnan province, southwest China, which borders Vietnam, Laos and Burma. I spent 5 years working in Shanghai before I moved to Canada in 2011. I do project coordination for a Vancouver-based translation agency.

How did you get interested in photography, and street photography particularly?


I was interested in documentary at first when studying Cultural Anthropology in college, I was enrolled in a Visual Anthropology course for about a year, and had access to some classic black and white photographs and documentaries taken/made back in 50'-60's. There are some interesting images describing different cultures, I saw photography as a researching tool and an effective way of communication. I used both video and film cameras to document the life of different minority groups in my province. But I had no idea about photography itself and never heard about “street photography” at that time. I came across a Chinese photographer's work in 2010, Wu Jialin (he is from my province too), and I have been in love with his work ever since, most of his work can be defined as “street photography” now, but back then few people used “street photography” as a category, even Wu still sees himself as a documentary photographer.


I began to take photos as a hobby before moving to Vancouver. I remember I quit my job in Shanghai in late 2010 and started hanging out with a friend of mine who is a photojournalist, I was lucky to have some insightful conversations with him. After moving to Vancouver, I had access to Flickr, and I started exploring the photography that I love. Finally I discovered “Street Photography” in 2014 and started learning and practising since then. 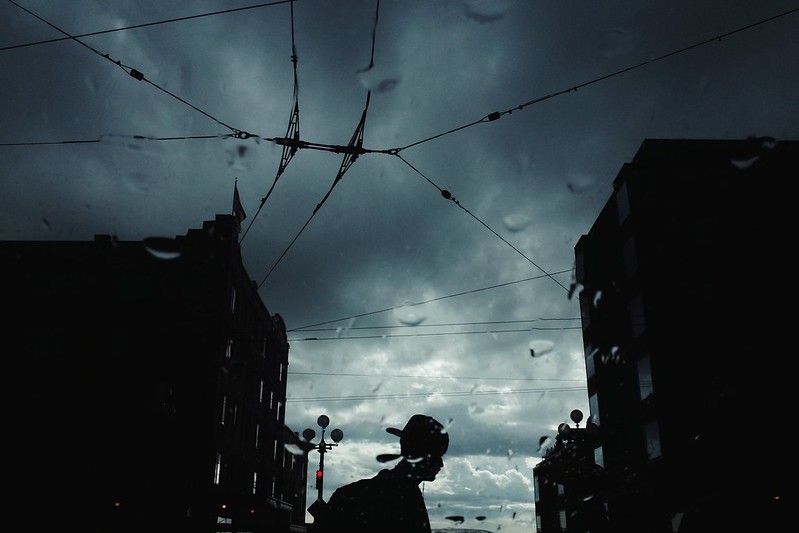 What can you say about Vancouver as a city for photography compared to other places you have lived?


Vancouver means a lot to me when it comes to street photography, because my shooting starts here, and I absolutely love it. Vancouver is a beautiful city with many beautiful sceneries (I used to shoot lots landscapes a couple years back), and people are generally friendly, open-minded and creative. It's a very asian-influenced city too, I really enjoy the asian connection in this city. There are diverse and sizeable asian communities across lower mainland, asian cultural events are always the highlight of the city during the summer time, lots festivals, fair markets and parades are happening on streets, which are great opportunities for photographers. It's kind of like a mix of my hometown(natural sceneries) and Shanghai(international and diverse) except for the huge population, lol. The only downside I can think of is probably the weather. As you may already know, in Vancouver it rains a lot, especially in fall and winter, you feel like everything is wet and just don't want to go out. Aside from that, I would say Vancouver is a pretty awesome destination for a photography trip.

You are a member of Full Frontal which is a collective dedicated to flash photography. Canadians have a reputation for being very polite, is this true when you use flash in public? Have you ever had any unpleasant encounters?


I became a member of Full Frontal Collective this year, and I am truly grateful and honoured to be part of this amazing group, where I have learnt and am still learning new things about photography on a daily basis. Our collective is focused on flash street photography in candid situations, so yes, we use flash a lot in public places, and, for me generally speaking, in Canada, photographing in public spaces is legal, so I feel quite comfortable when I am taking photos in the street. And yes, most canadians (maybe some tourists as well, I am not so sure, haha) are polite, they normally ask what the photograph is for, and a few people want me to delete the photo, and when they do, I always delete the photo (I know I don't have to). I love street photography but I do it with respect. People have different mentalities, some like their pictures being taken, some don't and some don't even care. In some cases, people end up making friends with me which is pretty cool. I do get yelled at from time to time though, nothing serious and never physical. Sometimes I get too close which makes people uncomfortable, I always follow up with an apology and explanation, but it doesn't work every time. The worst case so far is people called me "disgusting" and "disrespectful"... and it makes me feel really bad.


What makes a really successful photo for you? 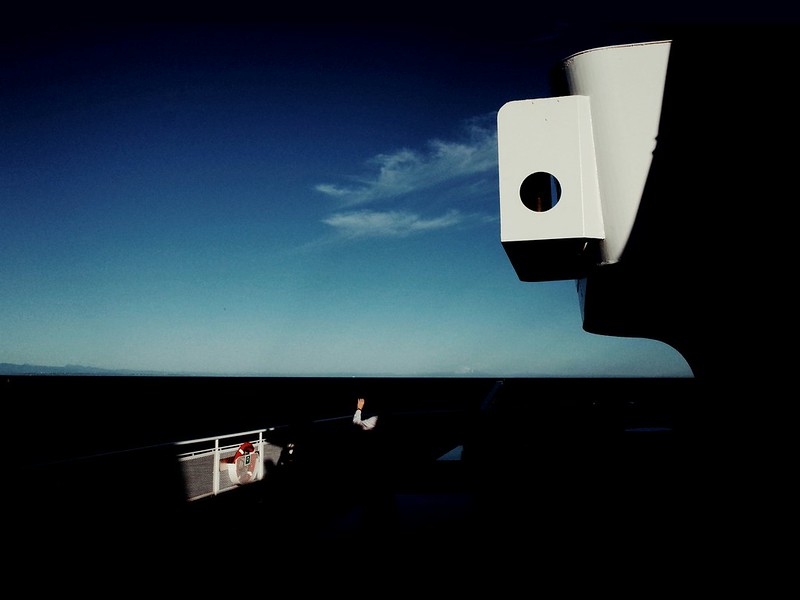 If you had to tell Street & Repeat members one street photography cliche to avoid, which would it be?


Haha, that is a tough question for me since I am still a newbie in street photography, and I love all those cliches! In my case, I would suggest to try all the cliches if you can. For me, if I want to avoid something, I need to understand it first and in order to understand it I have to be there myself. The process I work towards cliches could be the process of creation too. I know there are many talented photographers go beyond the cliches to create unique and creative images.


What hint would you have for S&R members for taking a good photo for your instruction?


Observation comes first when it comes to street photography since we don't have to set up the scene, but in order to achieve the dramatic light in your photo, I would suggest you do some “setup” in terms of background and lighting. Let’s say you may find an interesting spot with nice ambient/background light, and then you may wait for the subjects entering into the scene, use another light source or bring your own light (flash), work on the scene and be creative. 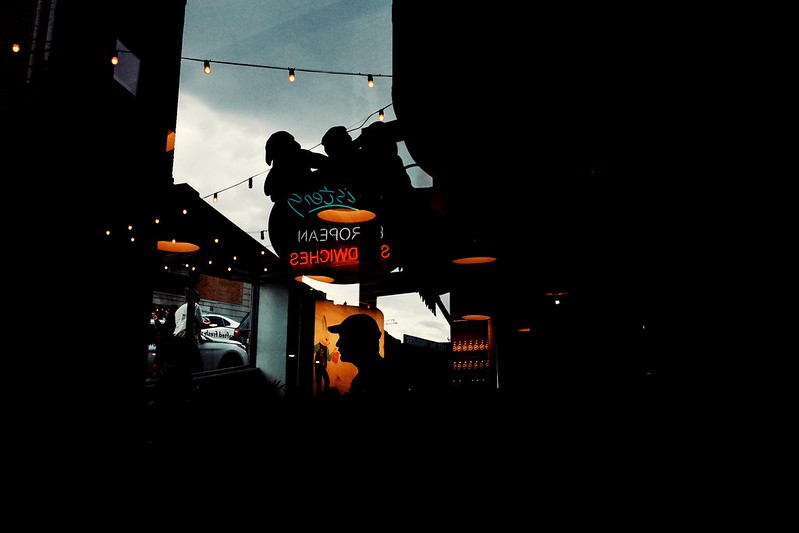 Tell us which photography book is your current favourite?


My current favourite would be Cristobal Hara’s Contranatura, a very unusual production of rare, timeless images. 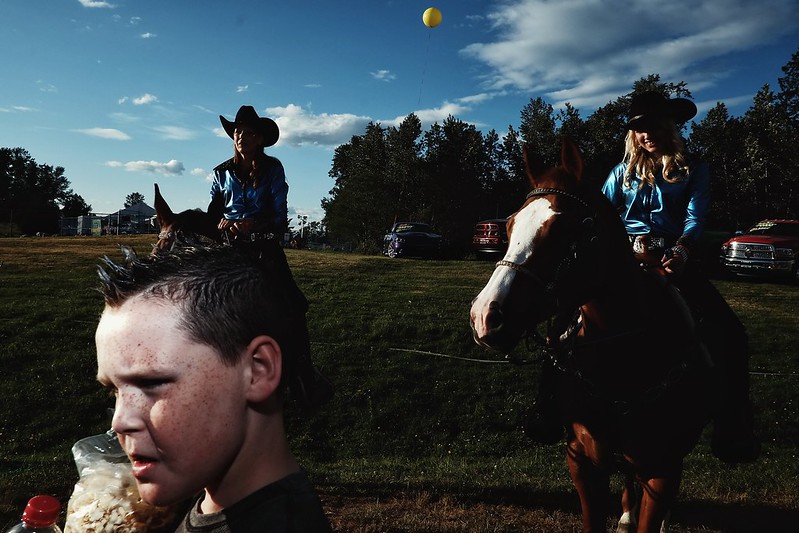 chrisowenrichards 5 years ago
Thanks for a very interesting interview and some further thoughts on the instruction too. I've only ever seen Vancouver in the Summer and early Autumn so I envy anyone who gets to live there!
yotung 5 years ago
I like this guy.
Md Enamul Kabir 5 years ago
Nice talks Hero :)
mark_walch1968 5 years ago
Documentary and streets photography very good. Thanks for the instruction and interview.
3_three_3 5 years ago

Me too. It was a real pleasure working with him.
Muhammad Imam Hasan Dhaka SP 5 years ago
Very Informative interview.... Love it
admin
darcydancer 5 years ago
Great interview, thank you Siri and Skyid
Leripix 5 years ago
Really enjoyed this interview - thank you both.
bruce wayne1 5 years ago
nice one skyid!