On a D70, etc. Nikon has a confused naming convention which is the cause of your problem. On those cameras AF-S and AF-C stand for single and continuous focusing (which is actually overloaded with two separate focusing features).

On lenses, AF-D is actually now just "D" and stands for distance information delivered through the AF. This has been repalced with "G" where the aperture ring has been removed. And "AF-S" stands for an internal piezoelectric motor included with the lens, (Nikon calls this a Supersonic Wave Motor or SWM).

I've shot football 300mm f/5.6 handheld inside. Not the best, but not impossible. VR is useless for subject motion as well.

AND I have a fairly steady hand. I can shoot 1/8th and keep it still no problem 90% of the time
DSP (Digital Soft Paw) 14 years ago
It sounds like you're a perfect candidate for the world famous 18-200mm VR!

Anyway, back to the 80-200. There are at least three versions of this lens. The first was a slide zoom and the latest, which you want, is the AF-S version. I have the 70-200mm VR and I can safely say that VR does help in lots of situations, but isn't the cure-all for bad technique. The 80-200 will do the job for you when combined with good technique.
Baron Von Aaron 14 years ago
DSP: Hah! I've been trying to get that lens! Just kidding. 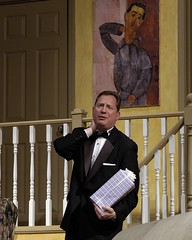 DSP (Digital Soft Paw) 14 years ago
There's nothing wrong with the AF-D version. The AF-D version depends on your AF motor in the camera and might focus slower (subjective) than the AF-S version. Optically they are the same. The biggest thing to watch out for is price. The AF-D lens is probably going to be 10-years old while you still can buy a new AF-S version from
B&H for $849.
Baron Von Aaron 14 years ago
I guess I'll have to go and try it out again. From what I remember when trying it out, the AF-D focused just as fast as the Sigma, which has the hypersonic motor. And that one is fast enough for me. But I'll try it out again.
Baron Von Aaron 14 years ago
Hmm, 10 years old? Has it recently been discontinued? From what I remember, this store has been getting them in fairly regularly for some time now..
starfish235 14 years ago
@DSP, Opps, I think you got the AF-S and AF-D backwards in the last line of your post ... the top 1/2 was right.
TakumaAkiba Posted 14 years ago. Edited by TakumaAkiba (member) 14 years ago
@Baron
One thing you'll notice is a bias toward the lenses an individual has, while disregarding lenses they don't have and the needs expressed by the person who is asking about a particular lens.
For a person with the subjects you want to shoot, with the D70, the AF-S version will help save a lot of time focusing on a subject that is in motion.
Baron Von Aaron 14 years ago
Also, remember I am exchanging a lens that I just got from this store for it. For some reason a sigma 170-500mm f/5-6.3 APO DG found its way into my Sigma 70-200 2.8 HSM APO WTF box. So I am going to exchange it, but now I have an opportunity to get the Nikkor.
TakumaAkiba Posted 14 years ago. Edited by TakumaAkiba (member) 14 years ago
@Baron
The 80-200 AF-D was replaced by the 70-200 VR, but still can be found. The AF-S version is the latest in the 80-200 line.
Get your money back and find the AF-S version online.
Baron Von Aaron 14 years ago
Hmm. then maybe the store will have it by now. It's not on their site, and I don't remember seeing it, but I haven't been there in about a month, and they are slow to update the site. So I'll go tomorrow and check.
TakumaAkiba 14 years ago
@Baron
A lot of brick and mortar stores don't have them, but they can be found online.
DSP (Digital Soft Paw) 14 years ago
@starfish235 -- Oops! I think you're right on this. I looked a lot closer at the one listed at B&H and also on the Nikon USA site. I guess it makes sense since Nikon doesn't want the AF-S version to compete with the 70-200mm VR?

The 70-200G AF-S VR is the top of the line lens in this range ... no doubt.
TakumaAkiba 14 years ago
Ken Rockwell, while I don't go by his reviews, at least has a time line for that lens and variations.
Baron Von Aaron 14 years ago
Akiba--that's strange. I haven't been able to find one available online very easily. But I prefer to buy local anyway, since you get great service after the purchase.
DSP (Digital Soft Paw) 14 years ago
@starfish235 --
Yep, that's it. I know eBay was flooded with the AF-S version several years ago when I was deciding between that lens and the 70-200mm VR. I did buy the 70-200.
You can still get them on eBay, Cameta
has one listed right now.
TakumaAkiba 14 years ago
@Baron
Adorama (check my first post) has them available. They have been very responsive to any problems I have had. Most repairs you need done will probably need to be done by Nikon, anyway, so an authorized local dealer should be happy to assist you in that regard.
tychay 14 years ago
Hmm, This influenced me to write something answering your questions about Sigma’s acronyms.
tychay Posted 14 years ago. Edited by tychay (member) 14 years ago
@TakumaAkiba,DSP:

Personally, I think the 1997+ AF-D is good enough, the price for a used 80-200mm AF-S seems like a steal, and you’ll pry my 70-200mm from my cold dead hands. ;-)
TakumaAkiba 14 years ago
@Tychay
Add to them the non-2.8 versions.
Baron Von Aaron 14 years ago
tychay.. that was very informative. thanks alot
Baron Von Aaron 14 years ago
just as an update: I ended up getting the Sigma. I did some extensive side-by-side tests in-store, and decided that the Sigma is the one for me.