be carefull, there are different versions of the night scope,two 85 1.5 and one 85 1.2, only this version can be used for photography (m42 thread)
The other two rear element extends quite a lot
daniel.chojnacki 11 years ago
400g?? dude that's half the weight!
Dr. RawheaD 11 years ago
I recently got the Cyclop, too. Since I'd only shoot a Helios 40 wide open anyway, this will do fine :LOL:

The only thing that might be different is flare tolerance. The Cyclop flares like a mofo. Anybody done a side-by-side comparison?

The bokeh is signature: 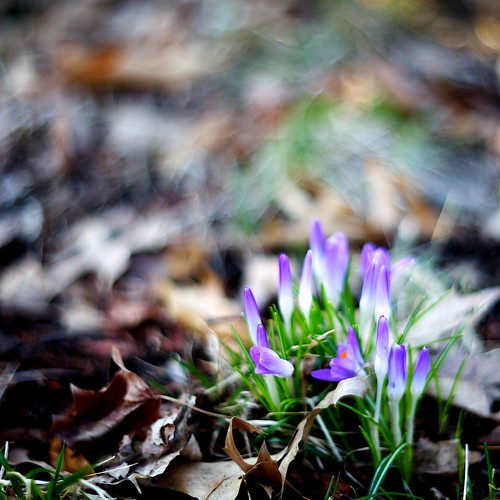 exuberant toothbrush [deleted] 11 years ago
OK, get ready for a huge run and grab on Cyclops now. HaHaHa!

I have one too, fun little piece of Russian optical eccentricity. If you shoot wide open most of the time and maybe add a hood, this is a cool little oddity. I love mine.
rocknrollcreep 11 years ago
hey guys, i'm pretty sure you'll love what i'm about to show you. ever since i started shooting with my cyclop 1.5, i found the restriction of only shooting at open aperture somewhat limiting. after making an accidental exposure through the lenscap (which has a tiny hole in the middle) with the cyclop mounted on my eos 400d, i discovered that there are indeed ways around it, if you could somehow stick an aperture in front of the lens.

after having done some research on the internet, i was lucky to find an ebay seller selling an iris aperture with a stunning 18 blades and an "open aperture" diameter of approximately 43mm. when it arrived, i discovered that it came with a 46mm (female) filter thread. i figured i'd only need a 67-46mm step down filter and a 46-46mm reversal filter with two male threads, both of which are readily available on ebay. putting everything together, i get this:

as you can see, the iris aperture is mounted to the front side of the lens. facing away from the camera is a tiny lever which you can use to manually open or close the aperture, as seen in the two pictures below.

with the smallest aperture setting (approximately 2mm in diameter, giving you an effective aperture of about f43) there is some visible mechanical vignetting on full-frame/film, but seriously – who would want to stop down this much? anyway, apart from the obvious drawbacks (having to fiddle with the aperture lever which moves along with the rotating front element during focusing), there are some obvious advantages. it's an easy to do mod with the benefit of perfectly round bokeh (due to the perfect circle created by the 18 aperture blades) and it's dirt cheap. here's the comparison.

so we're facing roughly 1/5th the cost of a "regular" helios 40-2. to me, the "modded" cyclop has proven a veritable alternative because i get tack sharp images from it. i mostly shoot it with the iris aperture fully open to give me a little more depth of field and added sharpness for portrait work. for any further questions, feel free to message me.

finally, this is a handheld 1/20s exposure at 400 iso with the iris aperture fully open (giving an aperture of about f2.0). this shot has received major treatment but no additional sharpening. notice the crisp detail on the jacket but still pretty shallow depth of field.
gifted weather [deleted] 11 years ago
So what mount is it ? I am looking to use it on a 5dm1 :]
Atheist_Lenses 10 years ago
m42, works perfectly with 5d
Ivans Bobrovs 10 years ago
Cyclop

Hi - I saw with interest the piece you did about using a front end aperture with the cyclop 1.5 - but cannot get the pictures. Any chance of seeing what you did? email address bjcadunlop@yahoo.com

Hi - I saw with interest the piece you did about using a front end aperture with the cyclop 1.5 - but cannot get the pictures. Any chance of seeing what you did? email address acquario@libero.it