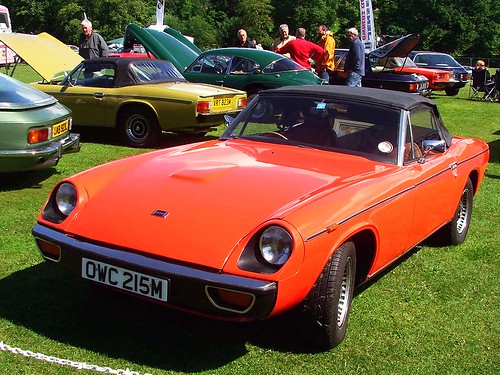 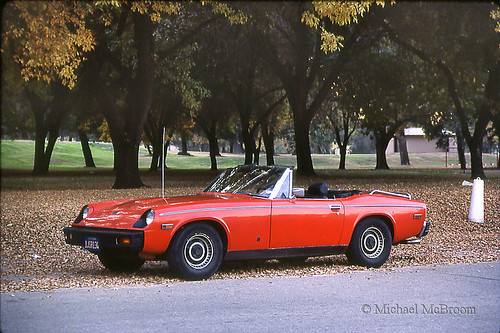 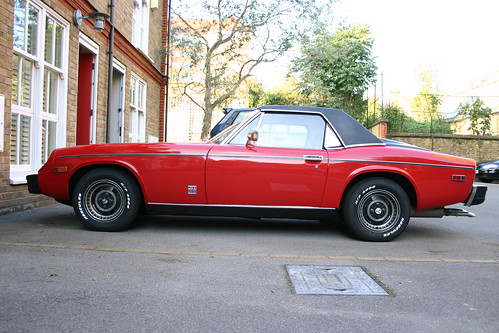 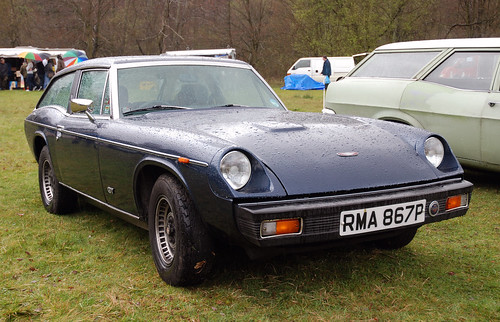 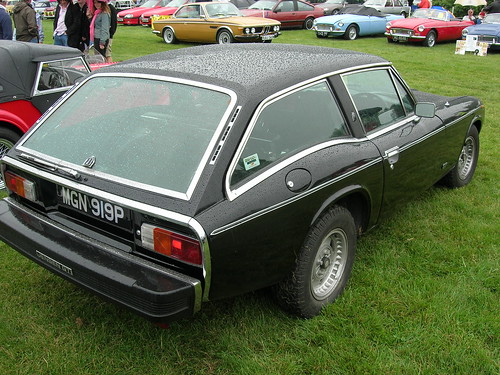 Description: Jensen Healey MkI (1972-73). With California-based British car importer Kjell Qvale at the helm the Jensen Healey was meant to fill the gap left by the Austin Healey 3000. Styled by William Towns. A number of engines were were tried out in the prototype stage including Vauxhall 2.3L and BMW units but a deal was struck with Lotus and production cars were powered by the new 1973cc 16-valve Lotus 907 engine which developed 140bhp. Gearbox was a Chrysler 4-speed with close spaced ratios, as used in the Sunbeam Rapier H120. Early cars had a simple plastic interior with no wood and no passenger side door lock!

Jensen Healey MkII (1973-75). Problems with the early engines and rusting bodies were tackled with the introduction of the MkII in August 1973. MKIIs can be distinguished by the round cornered headlight cowl, redesigned one piece front wings and extra brightwork. The interior featured a revised dash and console with woodgrain effect.
1974 ½ year cars had the large 5mph impact bumpers and 5-speed Getrag transmission. Some 1975 cars (latterly known as JH5) had different badging on the front wings featuring JH-5/ Union Jack badge. A hardtop was added as a optional extra during the MkII production run.

Jensen GT (1975-76). Donald Healey had left the company so the 2+2 sports estate version was known only as the Jensen GT. Mechanically the same as the convertible, but a more luxurious "Grand Tourer" interior with burr walnut veneer dash, some with air-con.

END OF THREAD
Your comments are welcome